Look forward to better times by trying la dolce vita at home with these films, cultural tours, documentaries and recipes

about an hour ago
Shilpa Ganatra
0 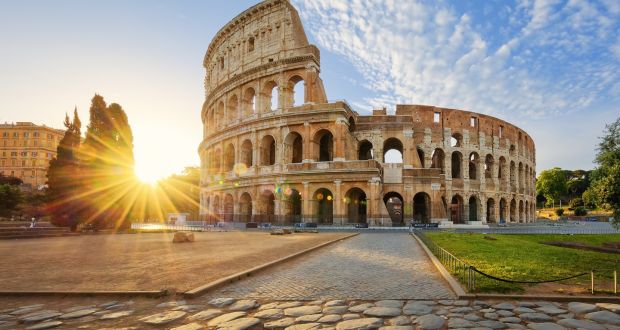 As we wait for life to return to normal, it’s still possible to live a slice of authentic Italy at home

“I’m thinking of everyone in hotspots right now, young and old, but Crema – my heart is with you, I can’t believe this is happening,” wrote actor Timothée Chalamet, about the coronavirus outbreak in the Italian town. “Heartbroken at these stories I’m reading, in locations I know!”

His sentiment is surely echoed by all who’ve visited Italy, given it is as culturally rich as it is culturally generous. The country has facilitated holidays on dramatic coasts, terracotta villages, mirrored lakes and rolling hills, it has given us heart-bursting classical music and cheesy rock, and has taught us that less is more when it comes to cooking.

Since Italy became the first European country to be rocked by coronavirus, I’ve oscillated between devastation, then determination to repay its kindness by making it the first place I responsibly visit when we’re back on our feet. Until then, there are ways and means to keep the flame alive.

The country’s exported culture means it’s quite possible to live a slice of authentic Italy at home, and we know just the choices to mimic la dolce vita until we can visit and spend afternoons on a sun-dappled terrace sipping a cappuccino … or frosty Pinot Grigio. Let’s look forward to better times.

Italy’s many, many cultural sites closed their doors at the start of March, and suddenly virtual tours started looking more appealing. To commemorate the 500th anniversary of the painter Raphael’s death, Musement (musement.com) have collated his works from 30 different cities. Or soak in a 360 view of the Sistine Chapel in the Vatican Museums (museivaticani.va). What it loses in detail, it gains without an endless stream of erratically-mannered tourists. Also spend time in the easily navigable Capitoline Museums (museicapitolini.org), which houses an embarrassment of ancient riches.

We’ll swerve around the eye-rolling yet admittedly evocative Eat Pray Love by Elizabeth Gilbert. Instead, Elena Ferrante’s Neapolitan Quartet delivers four compelling slices of fiction springing from a rustic neighbourhood of Naples. Centred around the evolving friendship of the ambitious Elena and Lila, it was brought to life as the HBO series My Brilliant Friend. But if you have a few weeks to spare, the novels add extra depth to the neighbourhood and its motley crew of characters.

We all have our favourite pasta recipes, but to make bolognese as they would in Bologna, the purist’s ingredients are beef, carrots, onion, celery, white wine and pancetta, all simmered in peeled tomato sauce for an hour or two (and topped up with stock if it gets too dry). Just before it’s ready, stir in crème fraiche, then serve with tagliatelle, not spaghetti. And leave the grated Charleville in the fridge. For daily cooking tips, celebrity chef Massimo Bottura hosts a nightly Instagram show Kitchen Quarantine (@massimobottura), delivered mostly in English.

More inspiration is found with Jamie Cooks Italy, currently streaming on All4. The eight-part series finds the celebrity chef scouring the regions, taking in its landscapes, local characters, and the best home cooking. Or to learn about Italy’s opera legend, try Pavarotti on Amazon Prime Video. Directed by Ron Howard (A Beautiful Mind, The Da Vinci Code), the biography charts the life and times of the superstar, including his visit to Dublin to collaborate with U2.

Cinema isn’t short of an immersive Italian film or two – Il Postino, A Room with a View and Cinema Paradiso spring to mind – but for a reminder of contemporary Italy, now’s a good time to catch up on, or rewatch, Call Me by Your Name. The 2017 film is a coming-of-age movie set in beautiful Lombardy, with the aforementioned Timothée Chalamet and Armie Hammer taking the leads as a historian’s son and assistant, who embark on a summer tryst while the parents turn a blind eye.

Nyv’s muted tones of pop/soul/electro aren’t traditional Italian (not least as she also sings in French and English), but her vocals within her debut album Low Profile is too bellissimo to exclude. For an Italian classic, who better than Andrea Bocelli. Settle into an armchair, close your eyes, and soak in Vivre – Live in Tuscany on Spotify, as if you were in the audience.

Elisa Capitanio is an artist from Bergamo now living in Dublin, and reveals that once domestic restrictions are eased, the landscape of Italy is a mere road trip away. “Places like Oldtown, Naul and Gormanstown have little countryside roads that remind me of home,” she says. “All you see is the blue sky and green grass, and the intensity of the colours reminds me of home: the natural elements, lightness and simplicity.”